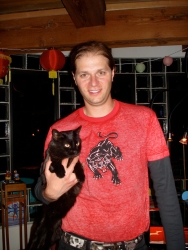 Robert Brinker is a mixed media artist whose primarily focus is painting and cut paper collage. He has exhibited nationally and internationally. In 2003 and 2004 he was a Visiting Artist at the American Academy in Rome.